A community of PAiA Products Users

In this area, you can find images (or links to them) by PAiA users. If you'd like to submit an image file, send it (or a URL for it) to the following e-mail address: community@paia.com
Locked
1 post • Page 1 of 1 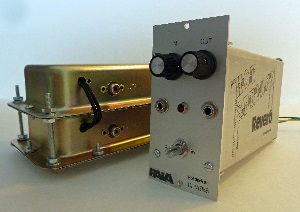 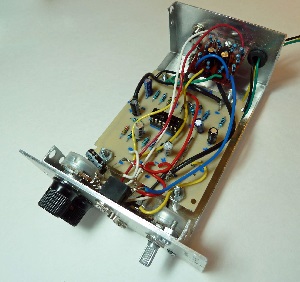 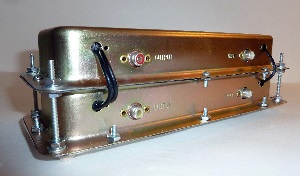 Ralph's project notes: The PCB was mounted in a RadioShack aluminum project box for shielding. Both the project box and the PCB required slimming with a nibbler so everything fit behind a two inch wide panel. A PAIA 9605K headphone buffer (the smaller pcb in the second photo) provides mixing function for output of original signal, reverb only, or combination.

The trimmer pot on the PCB was replaced with a pot on the front panel to control the intensity of the reverb.

The reverb tanks will sit somewhere outside the synth case. And maybe the module will too. To keep it away from anything that could cause hum.